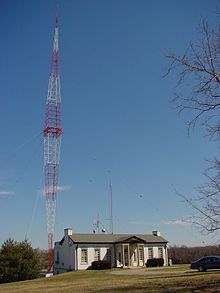 I am going to try to recognize a famous radio station every month this year in celebration of KDKA 100th anniversary. WSM signed on October 5th 1925 The Opry began as the WSM Barn Dance on November 28, 1925. In 1932, WSM boosted its power to 50,000 watts becoming Tennessee’s first clear-channel station. WSM’s unusual diamond-shaped antenna (manufactured by Blaw-Knox) is visible from Interstate 65 just south of Nashville (in Brentwood) and is one of the area’s landmarks. When the 878-foot tower was built in 1932, it was the tallest antenna in North America. Its height was reduced to 808 feet (246 m) in 1939 when it was discovered that the taller tower was causing self-cancellation in the “fringe” areas of reception of the station (it is now known that 195 electrical degrees, about 810 feet, is the optimum height for a Class A station on that frequency). For a period during World War II it was designated to provide transmissions to submarines in the event that ship-to-shore communications were lost. It is now one of the oldest operating broadcast towers in the United States. 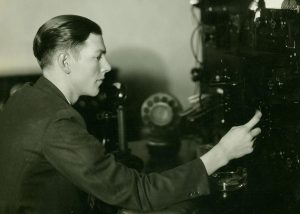