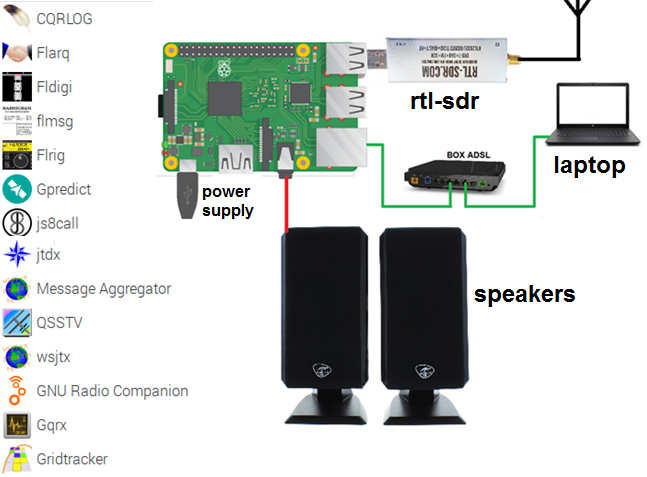 Since 2012, the Raspberry Pi nano computer has become an increasingly important part of the DIY and « maker » community. The increase in power of the Raspberry Pi over the years offers very interesting possibilities for radio amateurs. Indeed, it allows not to permanently monopolize a PC in the decoding of frames with software like WSJT-X, FLDIGI, etc…, without forgetting the possibility to control the Raspberry Pi remotely and thus to be able to work outside the radio shack as I can sometimes do on my couch. Moreover, this nano computer is now widely used in any Hotspot (DMR or D-STAR).

So why in a club, so few OM use this tool?

I have often asked myself this question and I think it comes from the use of the operating system (OS). When you power on a Raspberry PI, the OS, called Raspbian is stored on a microSD card. This is a Linux distribution specially designed for the Raspberry.

When you want to install a software under Linux, you no longer have to double-click on a downloaded file like « setup.exe » like under Windows. Indeed, you often have to use the console and thus type « command lines » to install or configure a program. This can seem off-putting and frankly very tedious. We are so used to using a graphical environment that we feel like we are back to the early 80’s micro-computing.