Steel City ARC will be doing the PA QSO Party once again on Oct 8th & 9th.  We will work all 67 counties of Pennsylvania during this weekend.   We are going to need CW & SSB operators during the event.  On Saturday the event runs from Noon though Midnight and then on Sunday 9 AM – 6PM. And as always food and drinks will be provided for all the operators.

Something to think about:  Since we are working on a second call sign for the club does the club want to support a 2nd small group of operators that will work an in state DX Expedition to one of the rare counties?

Steel City ARC will be hosting scout from around the area on Saturday Oct 15 from 12:00 Noon to 3:00 PM.  If you know of a scout troop that wants to participate please let our Education Chairperson Jeff, N3EVN know at n3evn {at} arrl {dit} net

JOTA: October 14-16, 2022
Jamboree-on-the-Air, or JOTA, is the largest Scouting event in the world. It is held annually the third full weekend in October. JOTA uses amateur radio to link Scouts and hams around the world, around the nation, and in your own community. This jamboree requires no travel, other than to a nearby amateur radio operator’s ham shack. Many times you can find the hams will come to you by setting up a station at your Scout camporee, at the park down the block, or perhaps at a ham shack already set up at your council’s camp.

Tell Me More
When Scouts want to meet young people from another country, they usually think of attending a World Jamboree. But few people realize that each year more than a million Scouts and Guides “get together” over the airwaves for the annual Jamboree-on-the-Air (JOTA). During the 2014 event, worldwide Scouting participation included 1.1 million Boy Scouts and 200,000 Girl Guides/Gils Scouts, for a total participation of over 1.3 million–the largest Scouting event in the world.

Stations should call “CQ Jamboree,” or answer stations doing so. Any authorized frequency may be used. It is recommended that stations use the agreed World Scout Frequencies, listed in the guidelines. To avoid congestion, use close-by frequencies.JOTA is not a contest. The idea is not to contact as many stations as possible during the weekend.

This article was suggested by homeschooler: Dylan

The History of the Car Radio

It’s an almost universal experience: People get in the car and turn on their favorite music. But the first car radio wasn’t sold until Chevrolet offered one as an option in 1922. And at first, radios in cars weren’t a popular feature. In 1930, laws were proposed in Massachusetts and Missouri that would ban automobile radios, and a poll in 1934 found that 56% of people thought car radios were a dangerous distraction. Motorola kept refining the idea, though, and designed a more attractive and better-functioning radio. By 1946, around nine million cars had a radio installed in them. The technology improved over time, and by 1963, more than half of all cars driven in America had a radio in them.

A head unit is like the motherboard of a car’s audio system. Originally, head units only controlled the radio, but over time, they were used to control everything from 8-tracks to CDs. Today’s head units incorporate touchscreens and smartphone integration. The size of the head unit is dictated by the size and design of the car’s console and the size of the front faceplate of the stereo system. Most head units are a size 1DIN or 2DIN; DIN is an acronym for a German company, Deutsches Institut fur Normung.

Lee de Forest invented the vacuum tube, which made radios possible. In 1904, he gave a demonstration of his invention at the Louisiana Purchase Exposition, and afterward, he was nicknamed the “Father of Radio.” It wasn’t until 1922 when Chevrolet put a Westinghouse radio into a car. But the first successful commercial automobile radio is considered by most experts to be the Motorola 5T71, which was released in 1930. 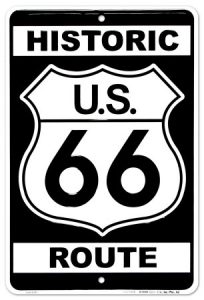 The annual Route 66 On the Air Special Event will take place September 10 – 18, 2022. The purpose of the event is to commemorate the history of the “Mother Road” connecting the east and west United States.

Now in its 23rd year, the Northern Arizona DX Association (NADXA) started the event, which is now coordinated by the Citrus Belt Amateur Radio Club (CBARC) in San Bernardino, California.

There will be 21 stations with 1×1 call signs on the air from Chicago, Illinois, to Santa Monica, California, all with consecutive calls starting with W6. NADXA will operate three of the 21 stations, including W6G (Flagstaff, Arizona), and W6S (Arizona Rover 1). They’ll set up at various spots along Route 66 east of Flagstaff, and W6T (Arizona Rover 2) will be set up in Bellemont. Later in the week, the event will be moved to Parks, on old Route 66, west of Flagstaff.

The history of the Mother Road began in 1926, when US Highway 66 was established. It was the first major improvement to the link between the west coast and the nation’s heartland. Through stories, songs, and TV shows, the highway came to symbolize the freedom of the open road, inspiring many to see America in its entirety. The demise of Route 66 began in the 1950s, as construction began on the new interstate highway system. US Route 66 was officially decommissioned in 1986, but today, small portions of the highway still exist in several states. “Solder Smoke” is the story of a secret, after-hours life in electronics. Bill Meara started out as a normal kid, from a normal American town. But around the age of 12 he got interested in electronics, and he has never been the same. To make matters worse, when he got older he became a diplomat. His work has taken him to Panama, Honduras, El Salvador, the Spanish Basque Country, the Dominican Republic, the Azores islands of Portugal, London, and, most recently, Rome. In almost all of these places his addiction to electronics caused him to seek out like-minded radio fiends, to stay up late into the night working on strange projects, and to build embarrassingly large antennas above innocent foreign neighborhoods.

Check it out on Amazon:
https://www.amazon.com/SolderSmoke-Global-Adventures-Wireless-Electronics/dp/0578053128

Here is a nice video on learning all about Arduino Micro Controllers.  There are a lot of projects using these micro controllers in ham radio for some suggestions click here: https://create.arduino.cc/projecthub/projects/tags/radio

KR3DX and WA3VXJ spent a day in Titusville Pennsylvania riding the railroad speeder’s and riding on the Oil Creek and Titusville Railroad. We were able to make  several contacts via Echolink cell phone app. 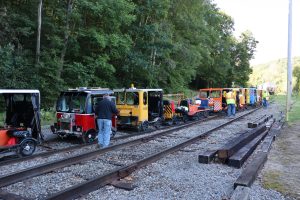 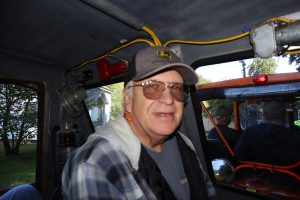 See you at the roast

At tonight business meeting we got to thank all the Lewis & Clark activators. Steel City came in 2nd of all the activating states. I thank these people for making a great inaugural event. 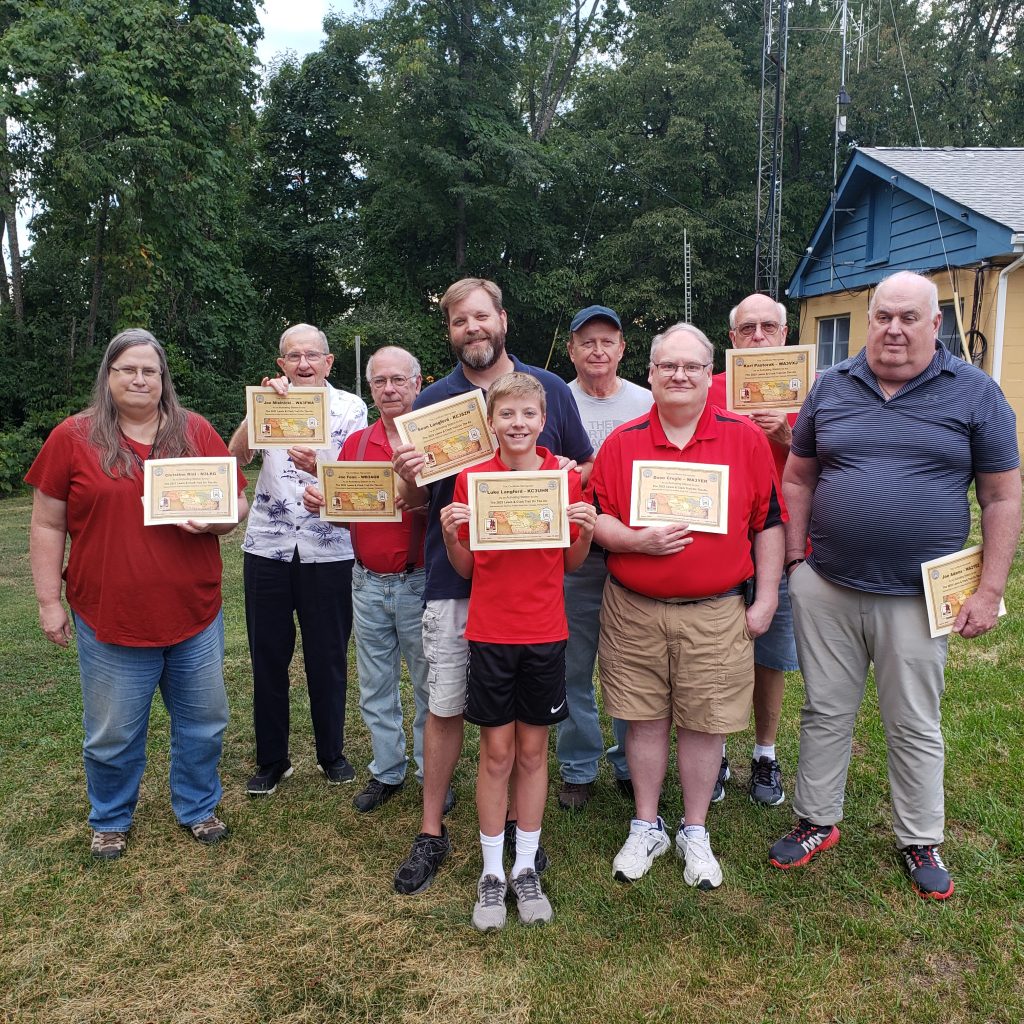