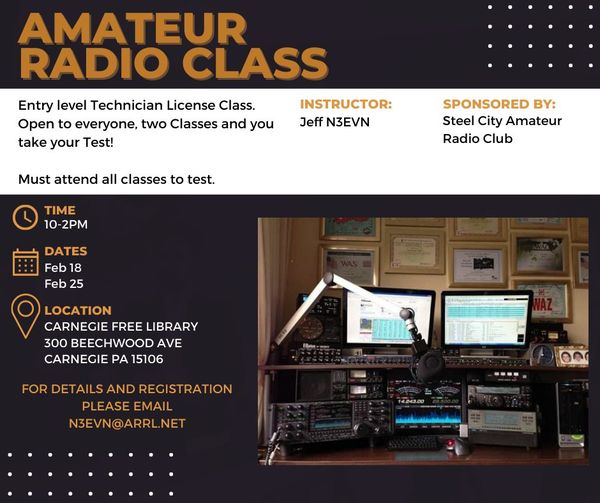 The Steel City Amateur Radio Club will be holding a FREE TWO DAY review course on Saturday Feb 18, 2023 & Feb 25, 2023 at 10AM to 2PM where you can review what you need to know to pass your Technician (entry level) FCC Amateur Radio License.

The class will be held at the Carnegie Library in Carnegie, PA click “LEARN MORE” for driving directions and what is required for the class.  There will be a VE Testing session at the end of the class.

Questions or to Sign Up
Email Jeff Bussard, N3EVN
n3evn@arrl.net

To learn more about the course and the study materials you will need click here….
LEARN MORE!!

To find out more information and to see what shifts are open to sign up for please follow the link below.  We would like to have two radio operators at each of the four site’s. Plus two net control operators  for each shift.

Steel City Amateur Radio Club will be conducting a VE testing session right after our Tech class at the Carnegie Library in Carnegie PA.  The testing session will start at 2:00 PM on Feb 25th and is open for new hams and upgrades.  Please check out our VE Testing Page for more information. Also please contact Chris K3PQ at k3pq@w3kwh.com for pre-registration to guarantee a spot for you at the testing location.  Walk in allowed but register people will be tested first.

FYI: Campbells Run Rd is reopen you are able to access the club by bypassing the Parkway

Congressman Bill Johnson (OH-6) introduced a bill in the U.S. House of Representatives (H.R.9670) on Thursday, December 22, 2022, to eliminate private land use restrictions that prohibit, restrict, or impair the ability of an Amateur Radio Operator from operating and installing amateur station antennas on property subject to the control of the Amateur Radio Operator.

Congress in 1996 directed the Federal Communications Commission (FCC) to promulgate regulations (Public Law 104–104, title II, section 207, 110 Stat. 114; 47 U.S.C. 303 note) that have preempted all private land use restrictions applicable to exterior communications facilities that impair the ability of citizens to receive television broadcast signals, direct broadcast satellite services, or multichannel multipoint distribution services, or to transmit and receive wireless internet services. ARRL attempts to obtain similar relief for Amateur Radio were rejected by the FCC with a statement such relief would have to come from Congress.

ARRL Legislative Advocacy Committee Chairman John Robert Stratton, N5AUS, noted that Congress, in 1994 by Joint Resolution, S.J.Res.90/H.J.Res.199, declared that regulations at all levels of government should facilitate and encourage the effective operation of Amateur Radio from residences as a public benefit. He continued by stating that “H.R.9670, the Amateur Radio Emergency Preparedness Act, is intended to fulfill that mandate and preserve the ability of Amateur Radio Operators to continue to serve as a key component of American critical communications infrastructure.”

ARRL President Rick Roderick, K5UR, and Mr. Stratton both extended on behalf of the ARRL, its Members, and the Amateur Radio community their thanks and appreciation for the leadership of Rep. Johnson in his tireless efforts to support and protect the rights of all Amateur Radio Operators.

For the full text of the bill, click here (PDF). 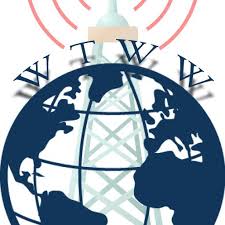 On November 9, 2022, WTWW announced it would discontinue all shortwave operations, with intent to continue streaming the programming as long as it was feasible. Ted Randall cited a massive increase in transmitter usage fees (the majority of that being from electricity cost) that the station could not realistically pay. The station signed off for the last time that night, with its final programming including a farewell message from Randall encouraging listeners to continue listening to the Web stream, a string of listener requests from WTWW’s automated system, and the final song being a rendition of “America the Beautiful” by one of Randall’s favorite recording artists, Ronnie Milsap.

Steel City will be conducting their monthly business meeting at the club house this Tuesday.

Elections of Officers for 2023

Sign up for new license or upgrade your current one.  Let your friends know that you can do this at Steel City.

Members,
The fall SET drill will take place at the club house at 8:45 AM on Saturday Oct 1st. {This Weekend} We are in need of 6 operators that are willing to help out with the test.  If your interested please send an email to trustee@w3kwh.com to sign up.

NEW MEMBERS:
Your also invited to come up and watch the drill.  This will be a great learning experience on learning the emergency service of ham radio and how to handle traffic when things go bad in the world. Just send an email to the above address to let us know your coming.

Good morning:
I am looking for volunteers for the 2022 Pittsburgh Great Race. If you are interested in  volunteering or have any questions, please feel free to reach out to me at nu3q@nu3q.us.  For race information click here https://www.rungreatrace.com/ 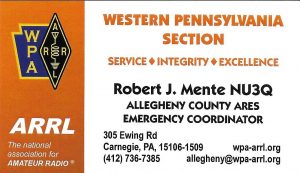 Tuesday Business Meeting at 7:00 PM
It will be held outdoor please bring a lawn chair to sit in.

Due to COVID ver #5 showing its ugly head I have decided to hold our business meeting  outside.  Plus now that the 90 degree weather has broken the evenings have been very nice lately.  The forecast for Tuesday is showing AM rain only with a high in the afternoon of 78.  It should be cooler by 7:00 PM.