Fred Zieg had been searching for a way to promote the sale of Dayfan radios, one of the product lines sold at his store, Main Auto Supply. When Ross convinced him that for a mere $150 he could build a radio station above his store, WOWO was born.” 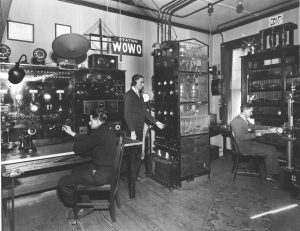 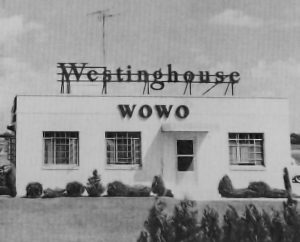 1954:
WOWO’s licensed power is increased to 50,000 watts (as powerful at any station in U.S.) on February 1, 1954. Transmitter site on U.S. 24 near Roanoke, Indiana with new Westinghouse HG50 transmitter. It beamed its signal north, south and east at night to avoid interfering with stations in the western United States .