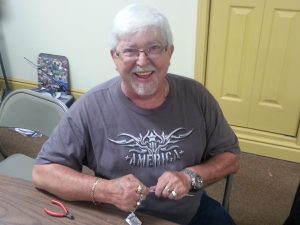 I am very sorry to report the loss of Jack KA3HPM (Captain Jack)
Jack passed away last evening after a fight with cancer. No word on arrangements at this time.  Captain was a fixture in the Pittsburgh amateur radio arena. I am sure I am going to miss a few things but Jack was:
– President of the Breeze Shooters
– ARRL QSL card checker
– He was an OO (ARRL Official Observer program)
– Long time VE involved and helped MANY people get their amateur radio license
– Jask was one of the founding hams involved with the amateur radio station on the Requin

As for Skyview:
– Jack was a past Skyview president and was on the Skyview board
– QSL manager for Skyview. Over the years jack has sent out literally thousands of QSL cards for K3MJW, WX3SKY, W3GH, K2M 13 Colonies and MUCH more
– Jack was an elmer for many new hams at the clubhouse
– Often Jack would give new hams equipment to help get them started