SKYWARN Recognition Day – acknowledges the contributions of public service volunteers who provide essential weather information as it’s happening. Each year on the first Saturday in December, the day honors those volunteers who pay attention when the wind picks up, or the sky turns dark. Their efforts keep their communities safer by communication warnings to the National Weather Service.

Around the country, nearly 290,000 Skywarn® weather spotters volunteer their time. They identify severe weather that could potentially affect life and property. Spotters warn the National Weather Service of the threat of thunderstorms, tornados, and floods.

W3KWH Operations At The Club

NU3Q plans to be at the club for the event on Friday night 12/3 for about two hours and Saturday morning 12/4. We need operators to cover the afternoon and evening shifts on Saturday and to assist NU3Q while he is at the club. We will use the following: “This is W3KWH for WX3PIT Skywarn Recognition Day”. Please keep a log of your W3KWH QSO’s – NU3Q will submit the W3KWH QSO’s to the NWS.

Last session before the snow fly’s! People interested in getting your Ham Ticket or Upgrading your ticket should check out our VE testing page https://w3kwh.com/ve-testing/ While walk in are allowed it is highly recommended to contact of VE Chairperson Chris, K3PQ to let him know your coming. That way your guarantee there will be testing material for you. Chris can be reached at K3PQ {at} W3KWH {dit} COM – (412) 259-3319 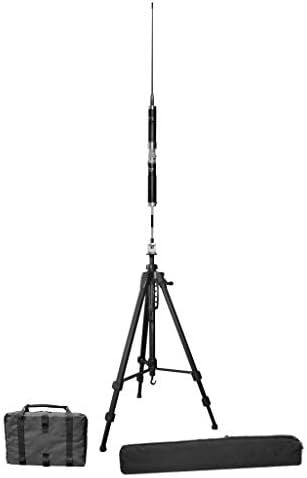 This will be an indoor meeting at the club house.  No food will be supplied if you want to bring a snack for everyone that is acceptable. If you want an item added to the agenda please email the request to N3LRG.

Social Meeting starts at 7:00 PM  – Topic for this social meeting is portable antenna’s for Parks on the Air, Summit on the Air.  Bring in your portable setups and let see how you can operate in the portable modes.

{{  If the weather changes for the worst the meeting will be moved to an Zoom Meeting.  Please check the website/email before traveling up to the club.  }}

Members: Online control of the Mosley 40m Monoband that is currently hooked up to the Flex 6600 radio is now open.  Check out the member only page for the instructions. 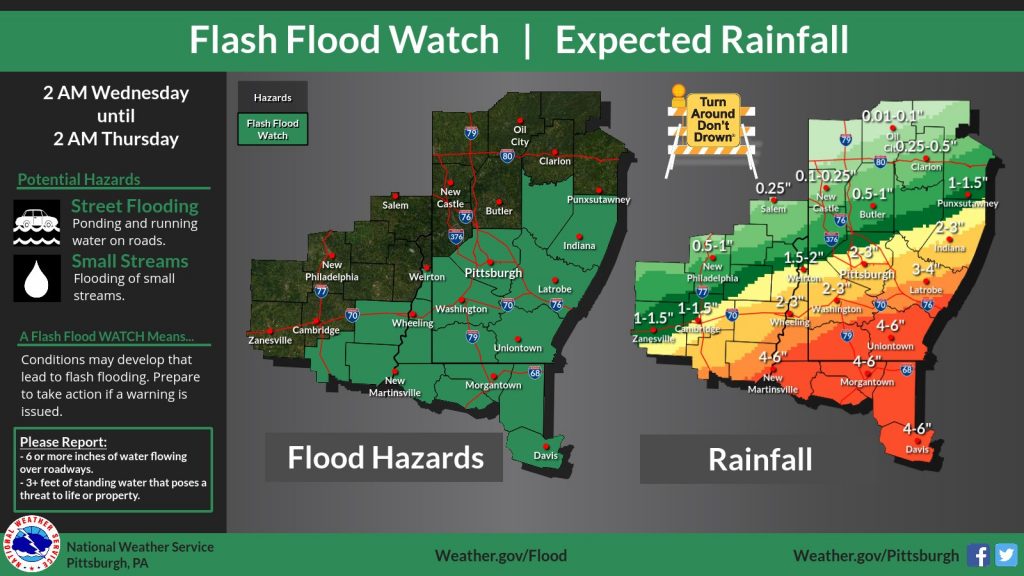 As you already know, Ida will be in the area Tuesday night into Wednesday night. I will need ops to assist me with our 147.09 Skywarn net as heavy flooding is a very strong possibility. I would suggest changing batteries and getting radios into an operational state of readiness at this time.

As Hurricane Ida moves into the Gulf of Mexico drawing a bead on New Orleans, the Hurricane Watch Net (HWN) is ramping up preparations to track the storm during its approach.

“Sunday will be an “all hands on deck” situation for members of the HWN,” HWN Manager Bobby Graves, KB5HAV, said on Friday. The National Hurricane Center (NHC) says a hurricane warning is in effect for Intracoastal City, Louisiana (Vermilion Parish), to the Mouth of the Pearl River as well as for Lake Pontchartrain, Lake Maurepas, and Metropolitan New Orleans.

As of 1200 UTC on Saturday, Ida was some 440 south-southeast of New Orleans, with maximum sustained winds of 85 MPH — Category 1 — moving to the northwest at 16 MPH. The NHC says Ida is expected to rapidly intensify as it moves over the southeastern and central Gulf of Mexico through Saturday night. “Ida is expected to be an extremely dangerous major hurricane when it approaches the northern Gulf coast on Sunday,” the NHC forecast says. Given the abundance of warm water in the Gulf, Ida could become a Category 3 or even a Category 4 hurricane with winds of 120 to 140 MPH with higher gusts, according to some predictions.

Graves said on Friday afternoon that he was placing the HWN on “standby alert,” which typically means that a hurricane is expected to affect land within the next 48 hours. Given the forecast, “I don’t want to be sorry,” Graves said.

The net will activate on Saturday at 2100 UTC on 14.325 MHz and 7.268 MHz. “Propagation on 20 meters has been goofy lately, so the band could close early or it may remain open well past sunset,” Graves said. “No matter, we will suspend operations at 0000 UTC.”

The Saturday activation will allow the net to line up reporting stations in the affected area as well as any storm shelters, emergency operations centers, and first responders who feel they could use the net’s assistance, Graves explained.

“Remember, Ida is forecast to be a major hurricane hitting a highly populated area. It will affect both Louisiana and Mississippi,” Graves said, noting that Louisiana was hit by hurricanes three times last year. Storm surge and heavy rain are forecast.

Hello All,
August has been one busy month.  Hopefully it is coming to the end.  On Tuesday Aug 17 we will hold a business meeting at the club house.  It will be another outdoor meeting so please bring your lawn chairs.  We will be reviewing the W8O event and picnic.  We will also plan to finish up our club house improvements.

We have a very busy two week coming up.  Below is the current Steel City scheduled.

You should have received an email with the Zoom meeting invite

If you didnt get the email invite please email me. We will be going over how we are going to operate and log the W8O special event station.

Hello Steel City Members, there will be a special Zoom meeting on Saturday Night at 8:00 PM. Look in your email for the Zoom meeting invite Saturday morning. We will be going over how we are going to operate from the club house, club remotes, and from

your homes.  Our special event station will run from Aug 8th though Aug 15th.   The event will start immediately after the QCWA net on Sunday morning ~9:00 AM.  Below is the tentative scheduled for operations.